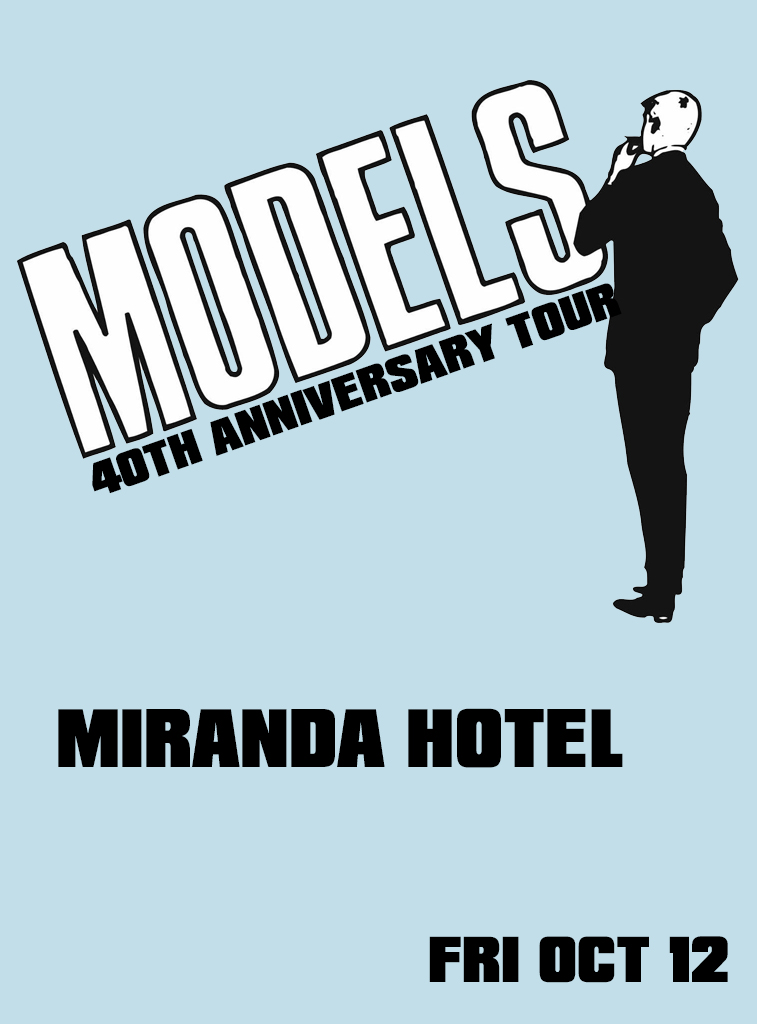 When they formed in 1978 Models were hailed as one of the most innovative and imaginative Australian bands.

Four decades later, nothing has changed.

Well, that’s not quite right – a lot of things have changed, but not the band’s approach to making music.

Models have always done things their own way.

The songs still sound fresh. “We don’t think of them as being old,” Andrew Duffield says.

Models never go out of style. Expect Big On Love, Barbados, I Hear Motion, Hold On, Out of Mind Out of Sight, and more…

Tickets $34.90 via OzTix (delivery fee is extra – unless you choose the free Barcoded E-Ticket)